The concept incorporated the renewed color, softness and luminosity of the cleaned up stone. The lighting design reduced contrasts, and got richer through a subtle emphasis on statues.It was realized through a unique warm white tone, and ranged from the background lighting of the facades – far away and diffuse, to accent lighting – positioned on the monument, made of highlights and illuminated accents outlining entrance gates, architectural details and stone guardrails. As a result, the composition of the Western facade, its storey-based volume and the subtle unfurling of its double skin made of stone could be read at night.

The lighting design of the South and North facade and the radiating chapel were realized in continuity with the Western facade. The flying buttresses were softly and gently up-lit. The bell tower and the apostles at its base were delicately up-lit to keep watch over the nighttime Parisian sky. 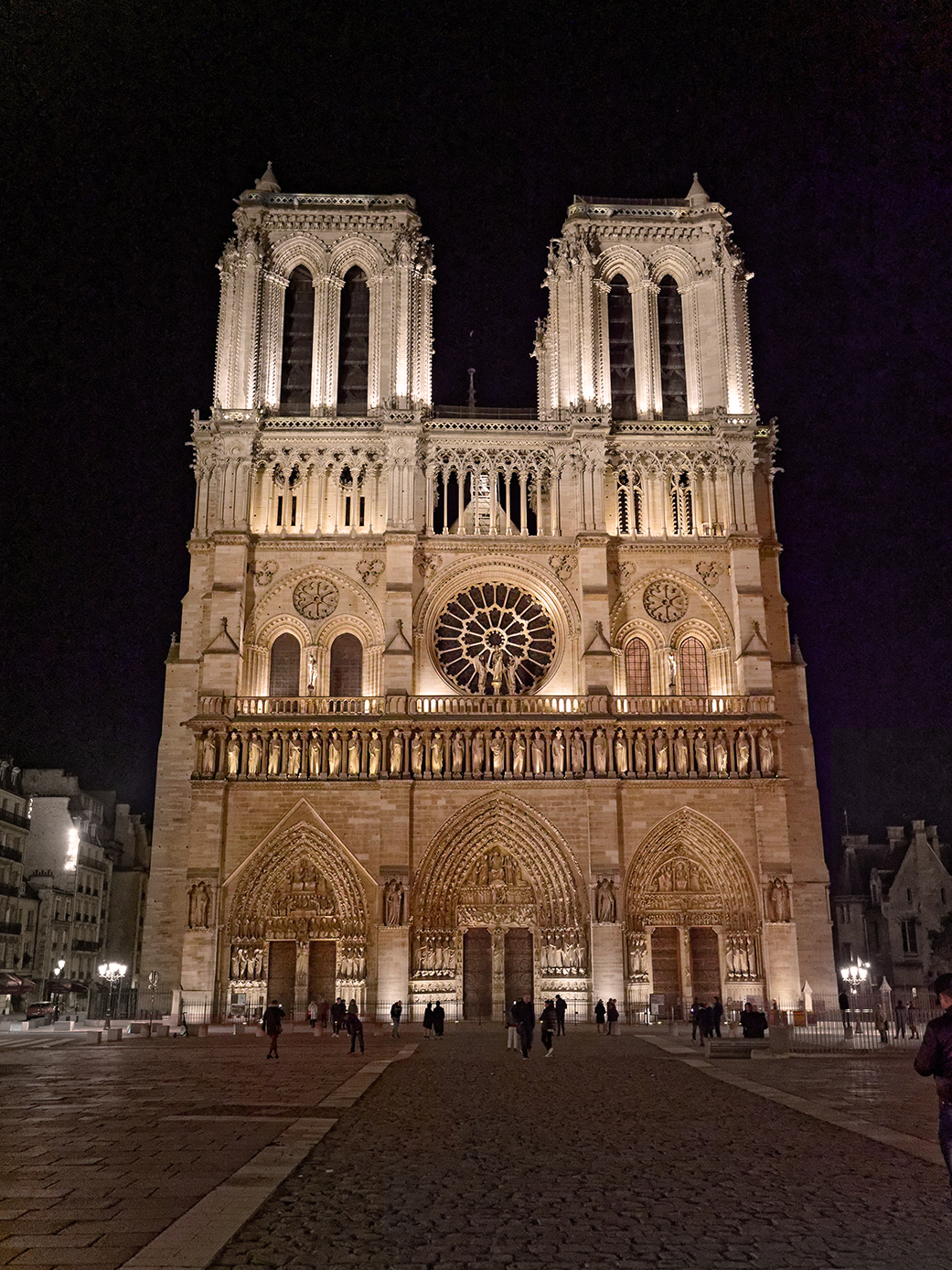 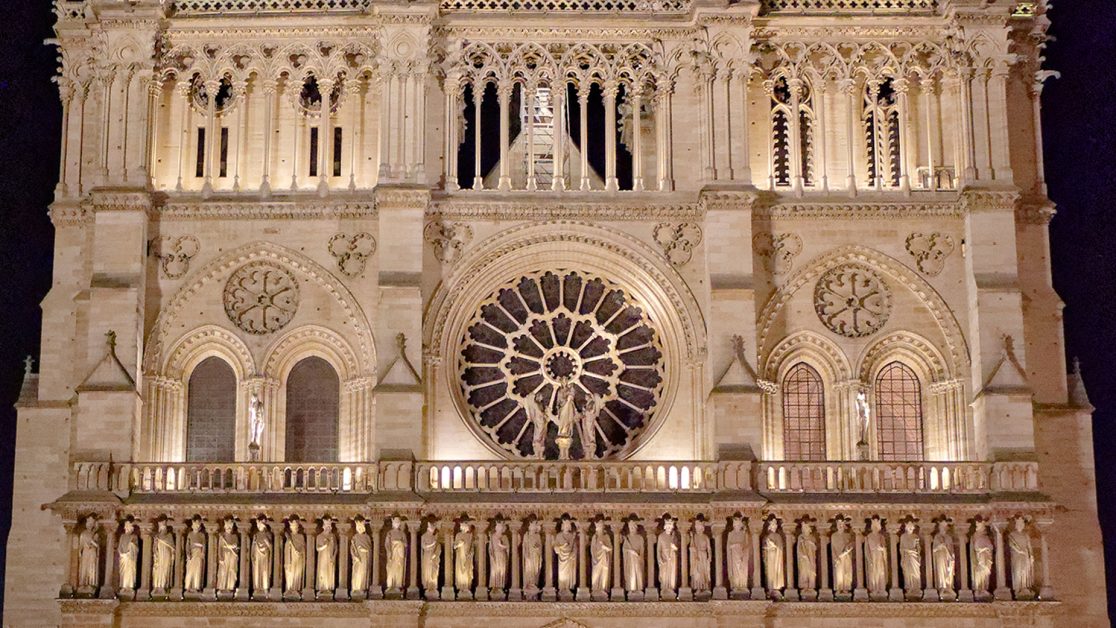