As part of the national interest project of the scientific and technological cluster, on a 7,700-hectare territory covering 27 towns of the Essonne and Yvelines districts, and following the Dark Infrastructure and Lighting Masterplan realized by Concepto in 2015.

The ‘major sites channel’ is defined in the guiding plan as ‘a linear outline made of a series of extremely varied public spaces, a space use incubator and a large-scale centrality’.

Located for the most part in city centers, the major sites channel is endowed with a specific lighting treatment. The public spaces that make up this linear outline will function at night like a series of diverse nocturnal sequences, that foster pause, contraction and expansion, with nocturnal atmospheres that are clearly asserted and relate to the projected use of space, symbols of this large-scale centrality.

In this section of the major sites channel, the first to be realized, orange- and pink-hued lighting illuminates the foliage of the trees, and light effects on the ground enliven the path.

These punctual and measured actions allow qualifying and identifying the space, through a lasting and simple setup. 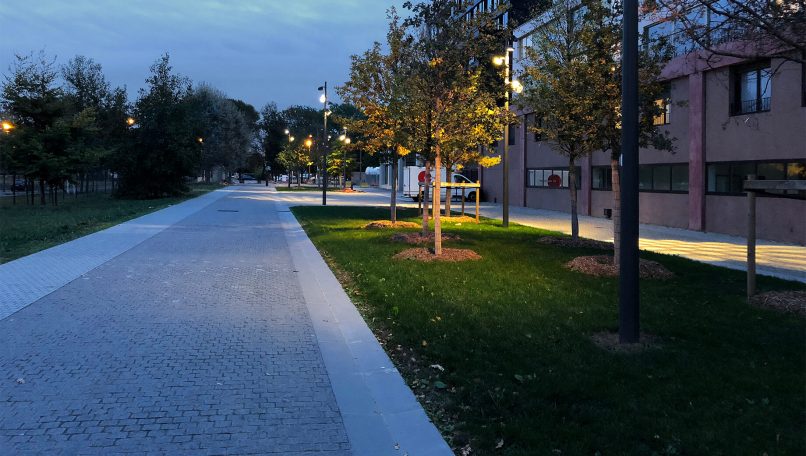 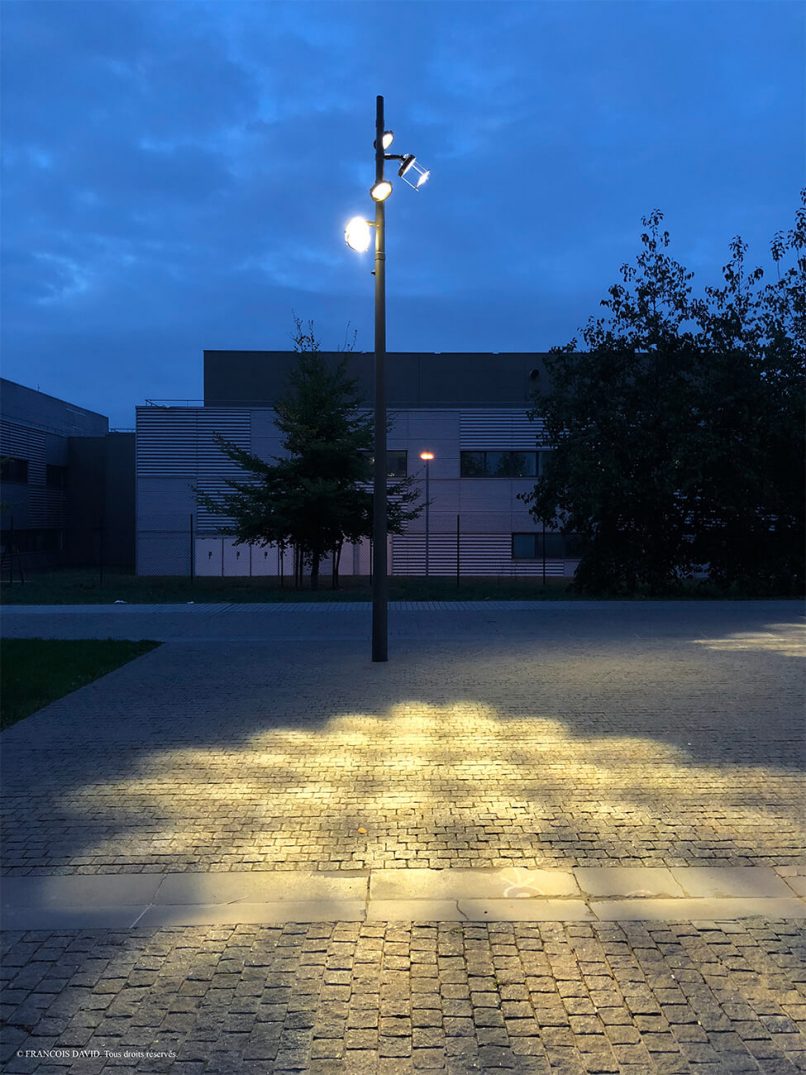 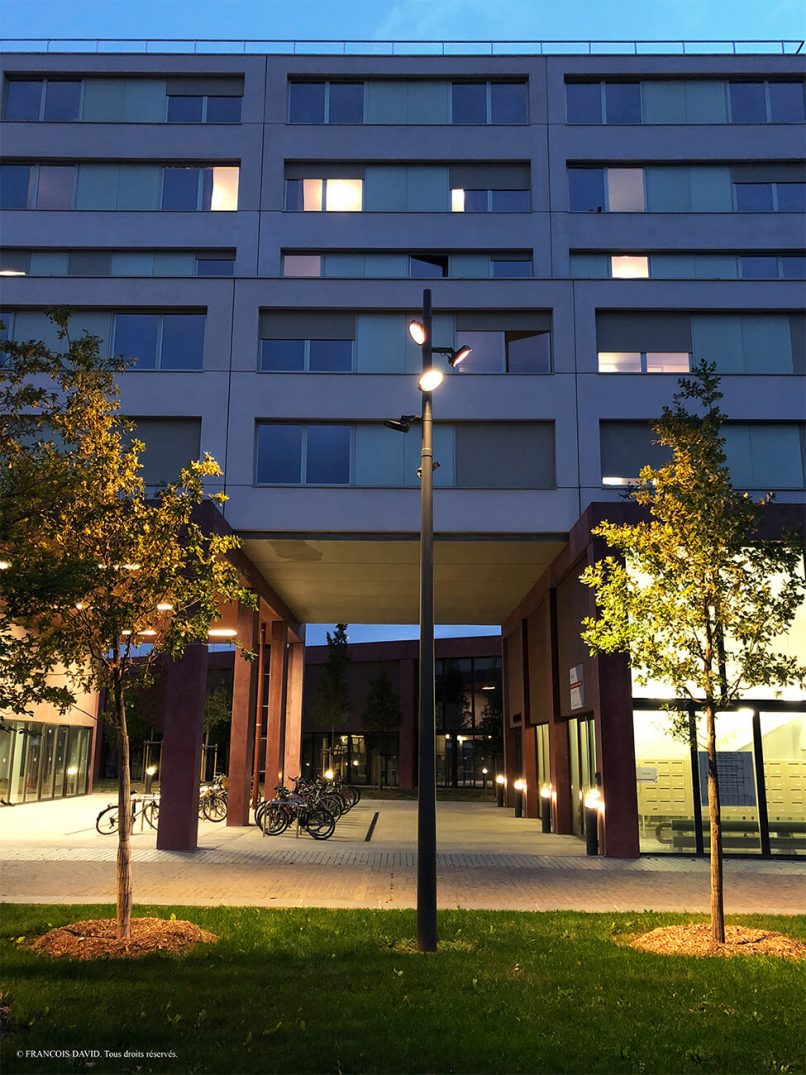 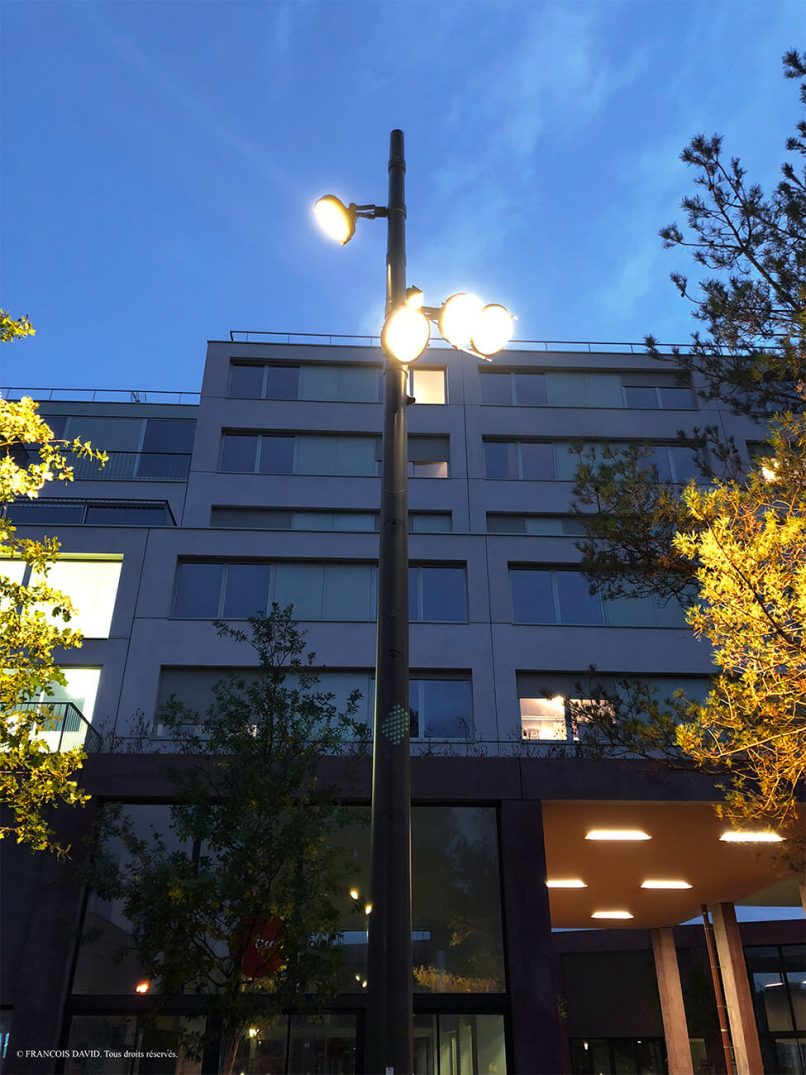 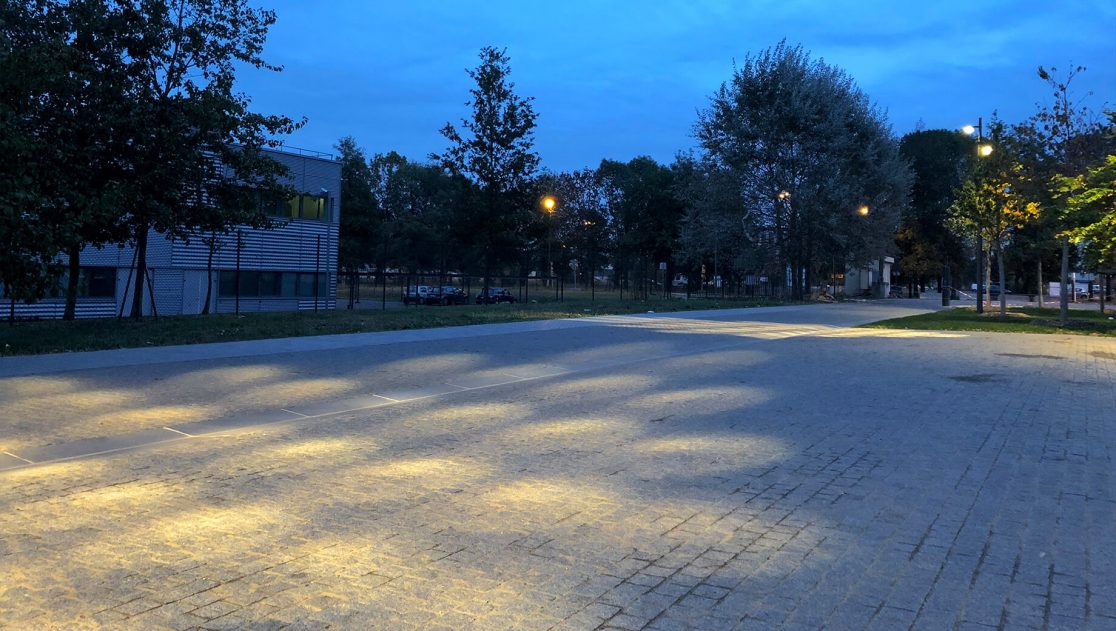 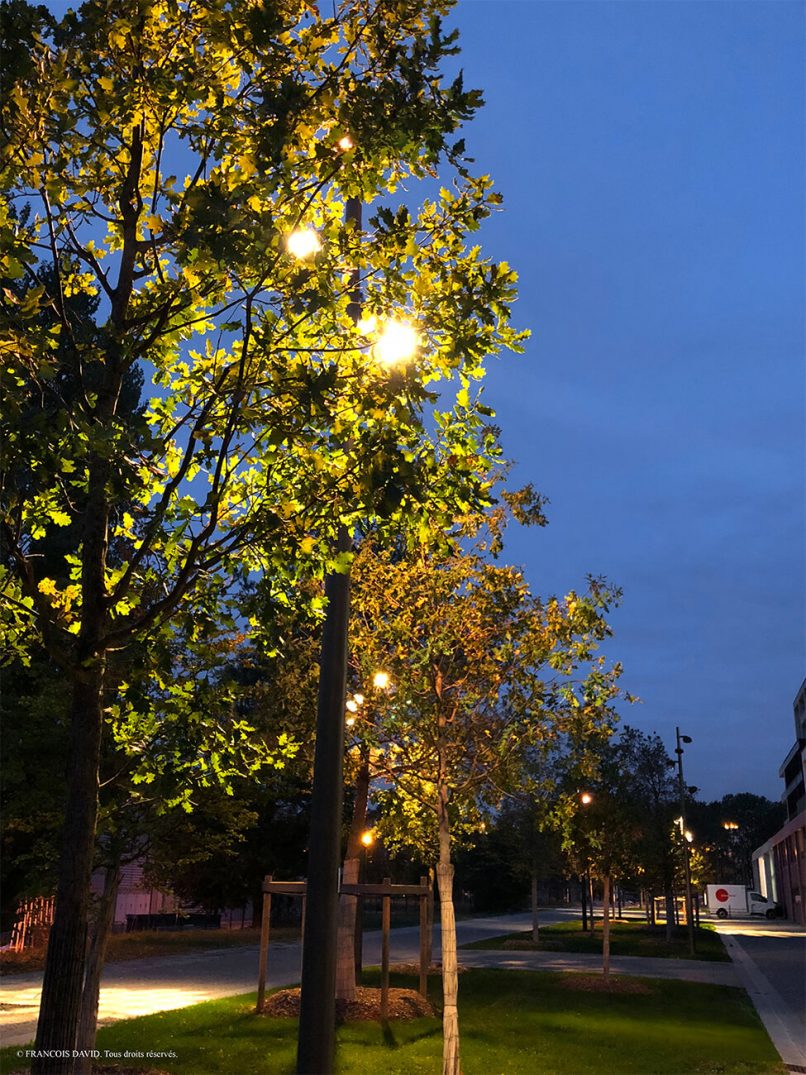 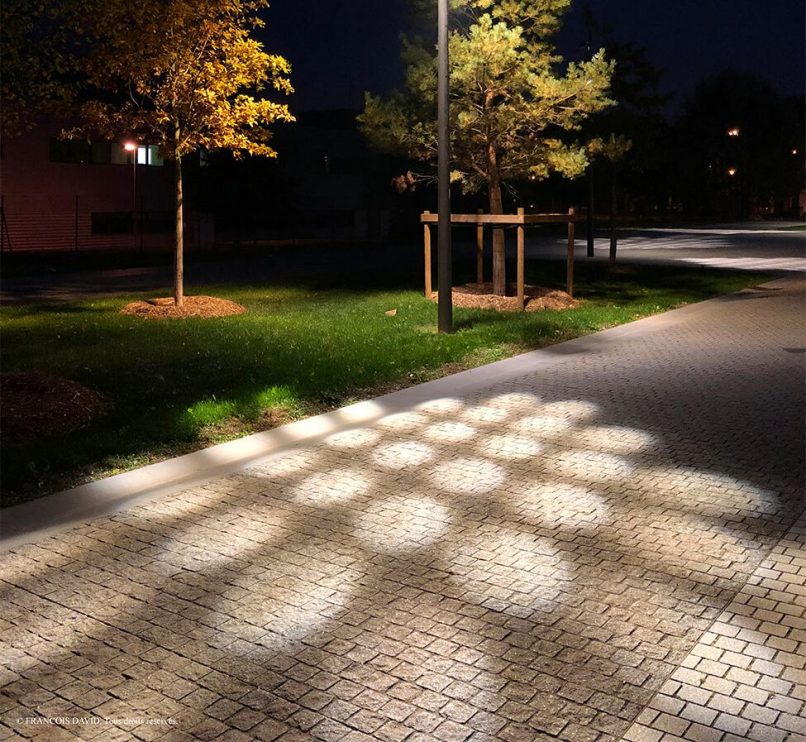 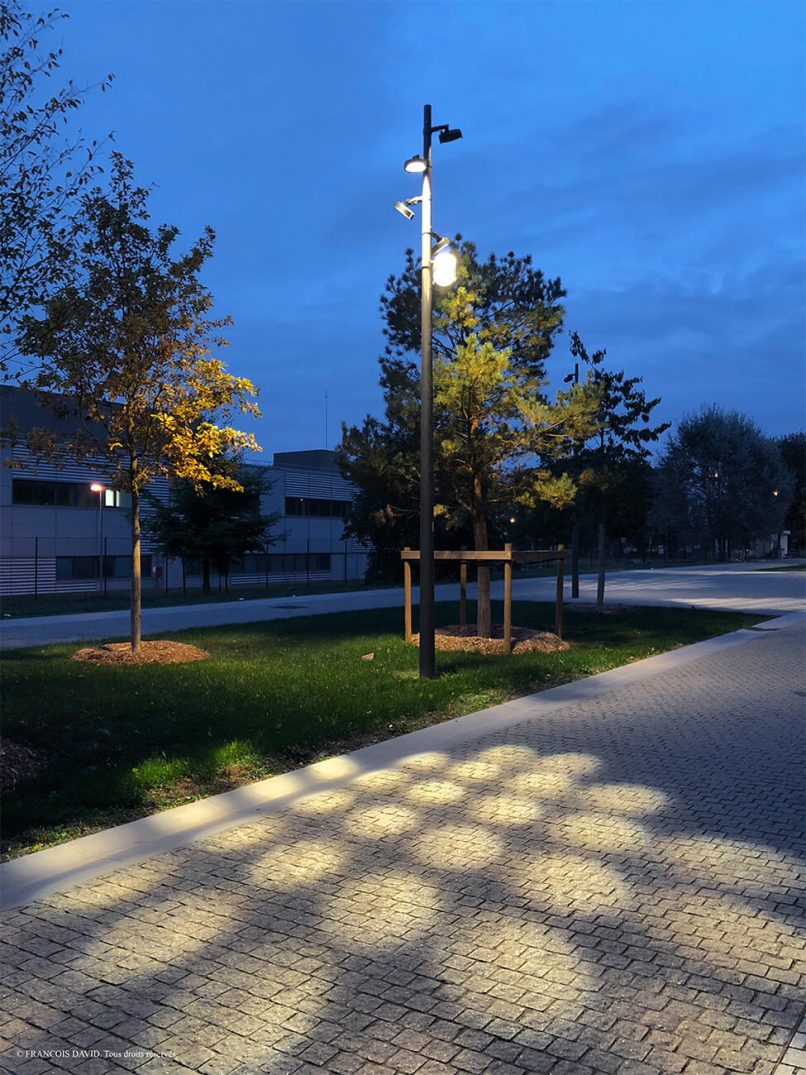