As part of the renovation of the ‘Palais de Chaillot’, Concepto has collaborated on the lighting design of the 500-m² grand hall lobby.

The illumination of the Capa Hall has had three objectives:
– to magnify the spectacular volume of the hall, in a pared down aesthetic.
– to create a welcoming lighting, that would play with the sparkle of the new golden surfaces
– to offer changing lighting atmospheres that could adapt to the different rhythms of the space and to seasons.

In order to free up the volumes, light fixtures have been integrated into ceilings or furniture. Star-shaped coffers provide general lighting, in which LEDs are lined up and equipped with ‘dynamic white’ that allows changing the tone of white light through simple dimming: a ‘cooler’, more dynamic hue during the day in the Summer, a more golden, warmer hue in the evening and during Winter…

A daylight intake study has been performed in order to group light fixtures in meaningful families. Five scenarios have then been programmed, on a touch-sensitive, very intuitive interface. 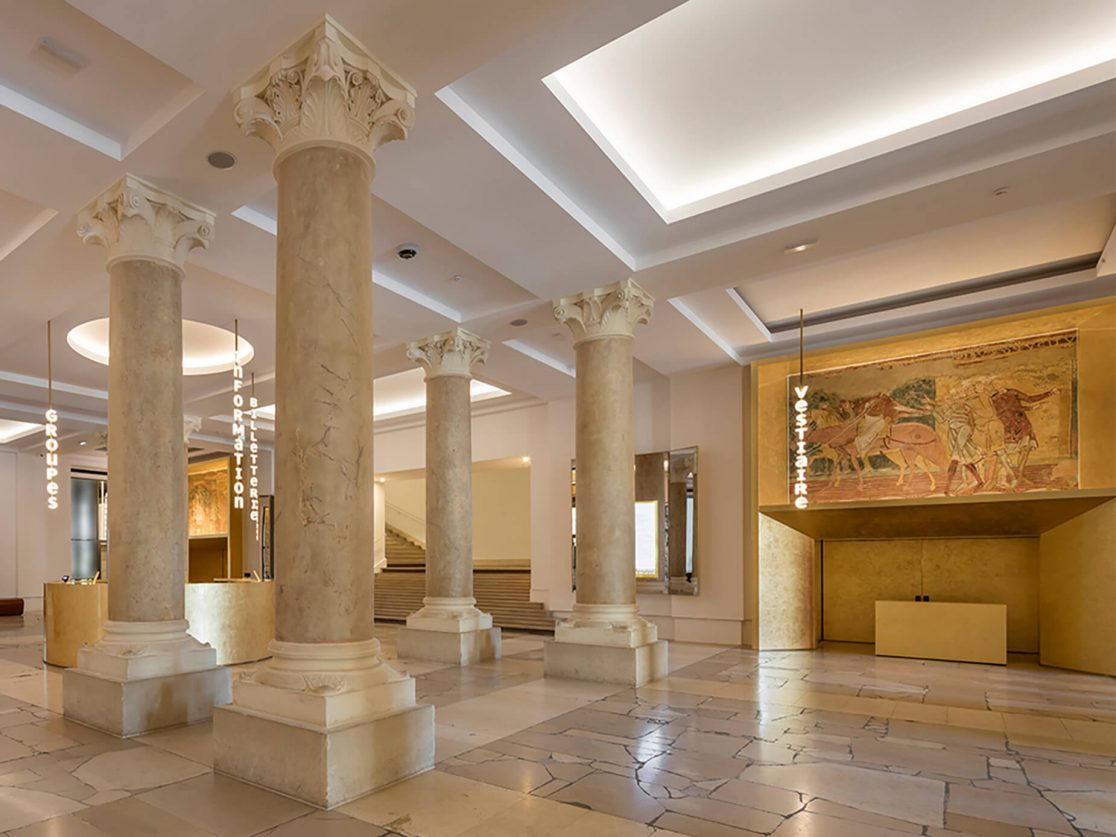 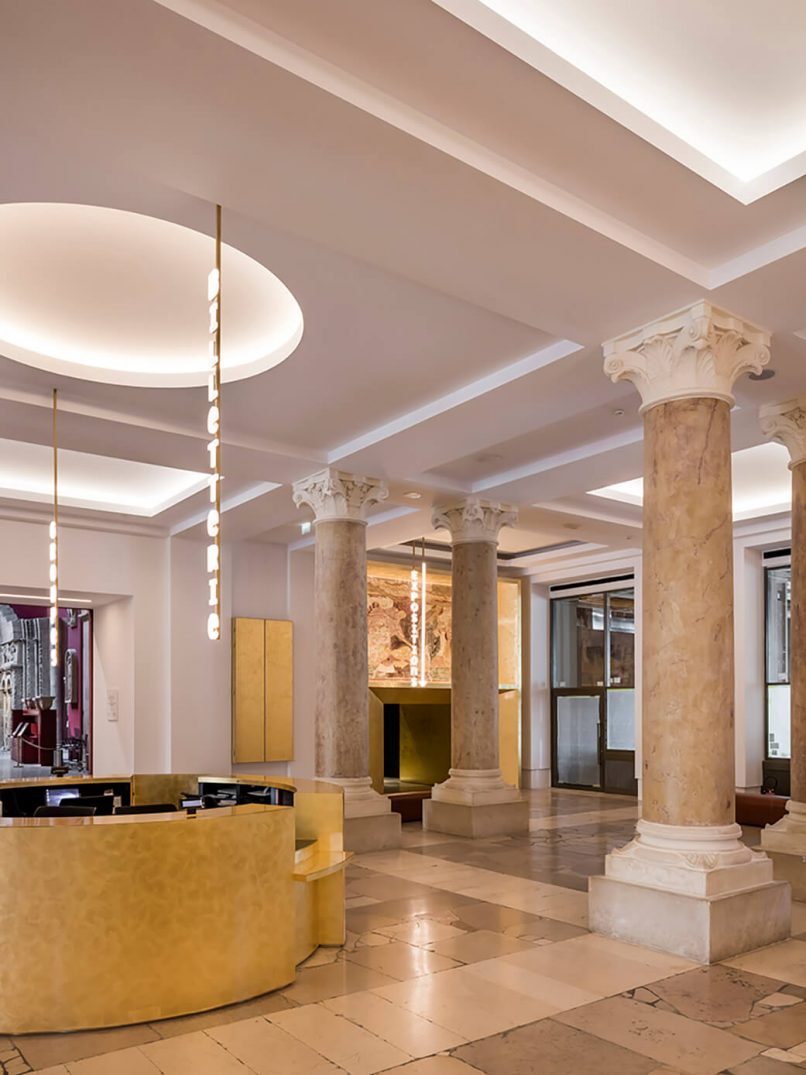 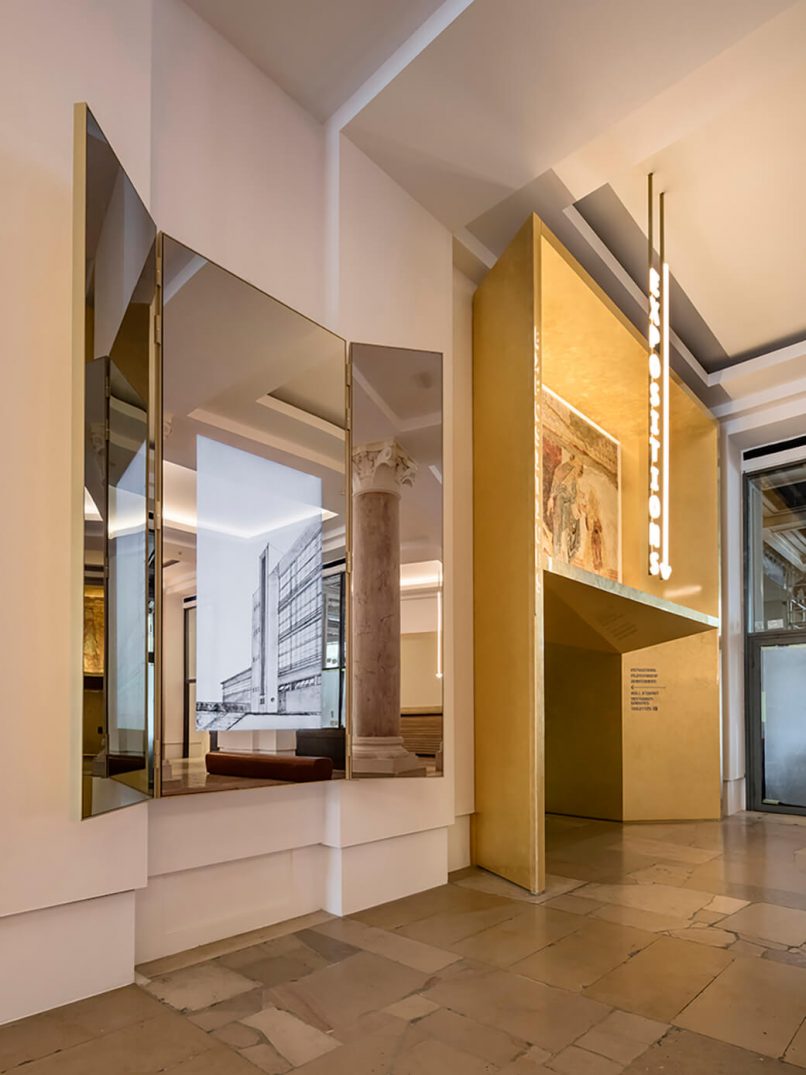 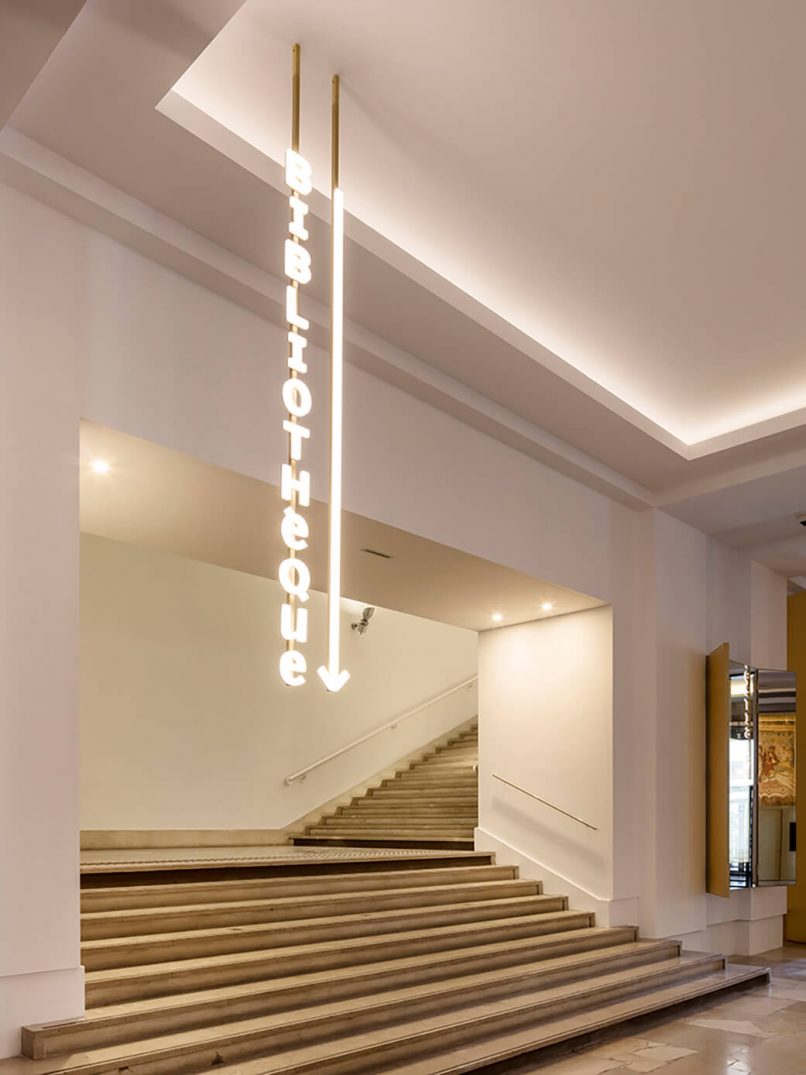 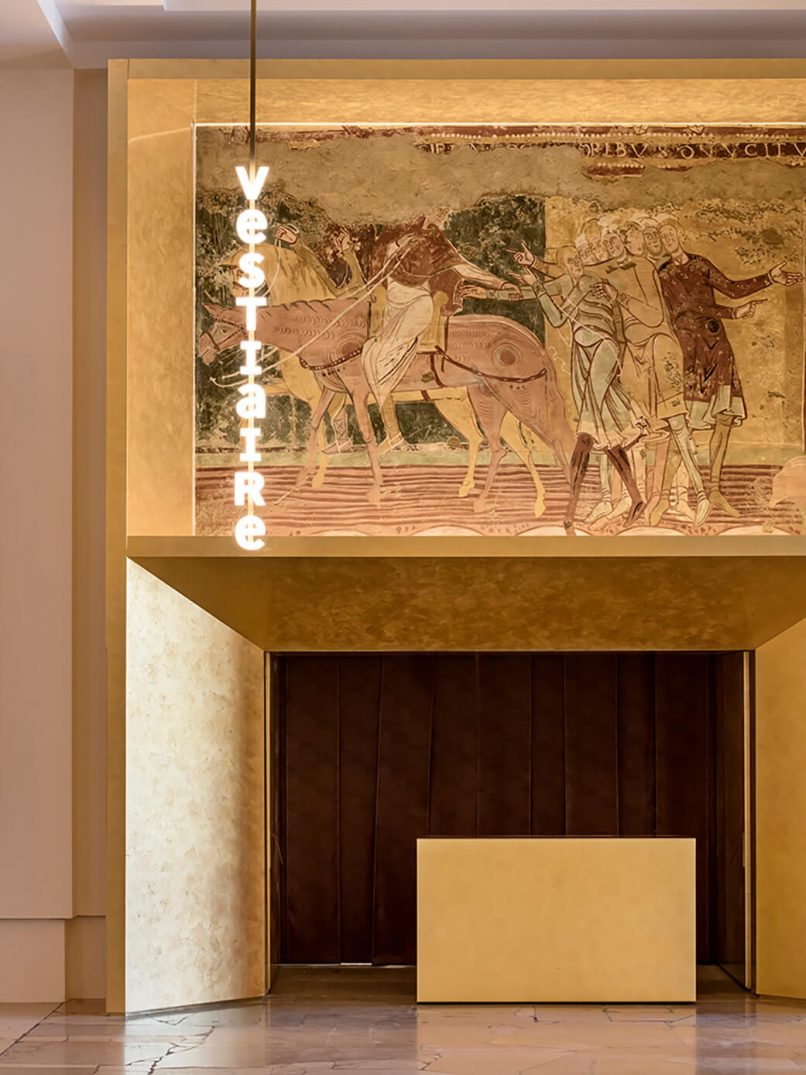 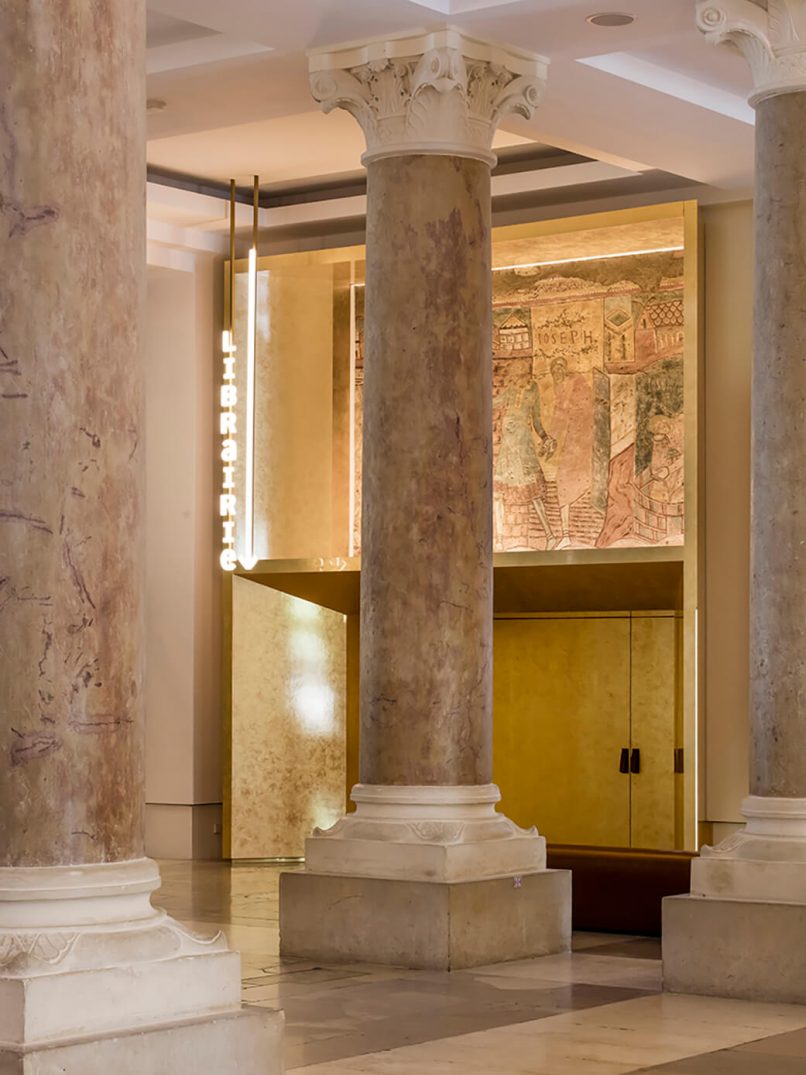 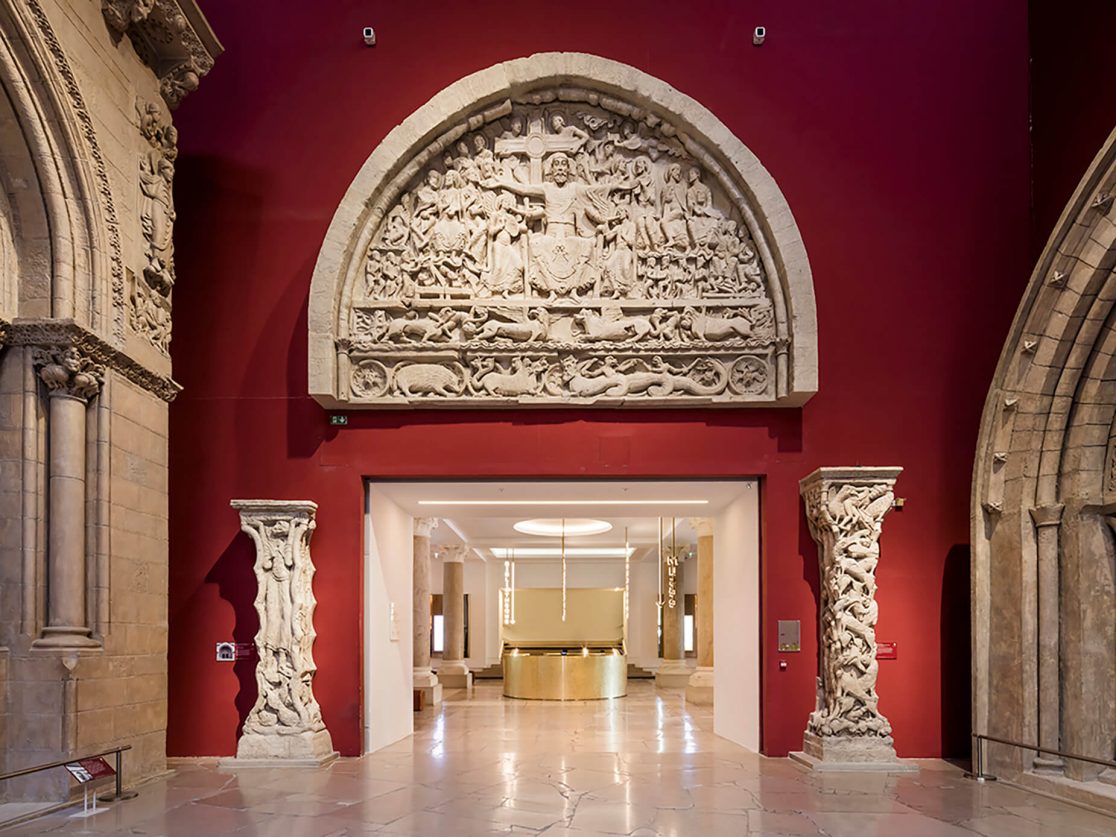